Rafel Ginard and Bauçà picked up this gloss, attributed to the renowned glosador of Llucmajor, Antoni Garau and Vidal "Mestre Lleó".

- And you can tell Lleó

A man who cannot read

- If I don't get this verse right,

You can tell the preacher

That in the world first came

This is an emblematic rhyme, collected by Rafel Ginard in his work Cançoner popular de Mallorca (Majorca’s traditional songbook), one of the most extensive and complete works of its kind in Catalan. The oral tradition attributes this rhyme to Antoni Garau i Vidal (Llucmajor 1818-1908), better known as master Lleó, a man known for his excellent skill at improvising and as an editor of several booklets of rhymes. The most well known of these is Unions y Desunions / de fets moderns i antics / posat en varias cansons / d’hon poren prenda llisons / ets homos grans i petits / escritas en mallorquí / per Toni Garau / natural de Lluchmajor (Unions and Disunions / Of old and new events / Put into song / That old and young men / Can learn from. / Written in Majorcan / By Toni Garau / From Llucmajor, 1881). This type of rhyme is a “glosa”, the term used in Majorca to describe spontaneously improvised oral poetry. These rhymes can have multiple functions, depending on their context and the reason for their creation. Often, these are improvised as part of a dialogue, in contexts called “combats de picat”: the rhymes are weapons used to attack and defend. These “combats de picat” were normally organised in cafés and taverns, and two “glosadors”, or two groups of them, would launch into improvised tirades against each other for the audience’s entertainment. Some “glosadors” became famous, and were accompanied and defended by groups of followers. This “glosa” comprises a confrontation between a “glosador” and a preacher to determine whether an illiterate person was capable of improvising “gloses”.

This is the new square in Sant Joan where the Catholic Centre was built between 1919 and 1922 under the direction of Francesc Mas Galmés (1878-1953), an honorary citizen of Sant Joan.  The building and square were built on the old rectory, which was virtually in ruins when it was finally demolished. The new building has a café, theatre, cinema and rooms for use by Catholic associations. The sculpture crowning the building represents the friar Lluís Jaume Vallespir, from Sant Joan, a missionary to California with Juníper Serra who was murdered by native Americans.

The repopulation promoted by Jaume II of Mallorca in the whole island since 1300 could be an important milestone for the articulation of Sant Joan's first population nucleus. The current parish church, which largely replaced the one that had been built at the end of the 16th century, was blessed in 1939. In the Andalusian era, the current Santjoaneres lands formed a group of farmhouses and sheds with traditional irrigation systems. As a result of the Catalan conquest it belongs to the lot of lands corresponding to king Jaume I. The cereal agriculture increases with a panorama that, with few variations, almost stays until the end of s. XVIII in which the area dedicated to the vineyard increases. The agrarian structure is latifundist until very advanced the twentieth century and most of the owners do not live in the municipality. The majority of the population consists of day laborers. During the s. XX the town knows the development of a certain industrial activity. It is worth noting the activity of promoting the modernization of agricultural techniques, of which Antoni Oliver from Els Calderers can be an example. Throughout the term you can find well-preserved elements of popular architecture typical of the Pla de Mallorca. It is also remarkable the hermitage, unfortunately in ruinous state, of San Onofre, located in the homonymous mount, that is the highest point of the term. Sant Joan has been prolific in literati, among which are Miquel Gaià Bauçà, Miquel Gaià Sitjar, Climent Picornell and Arnau Company, among others. 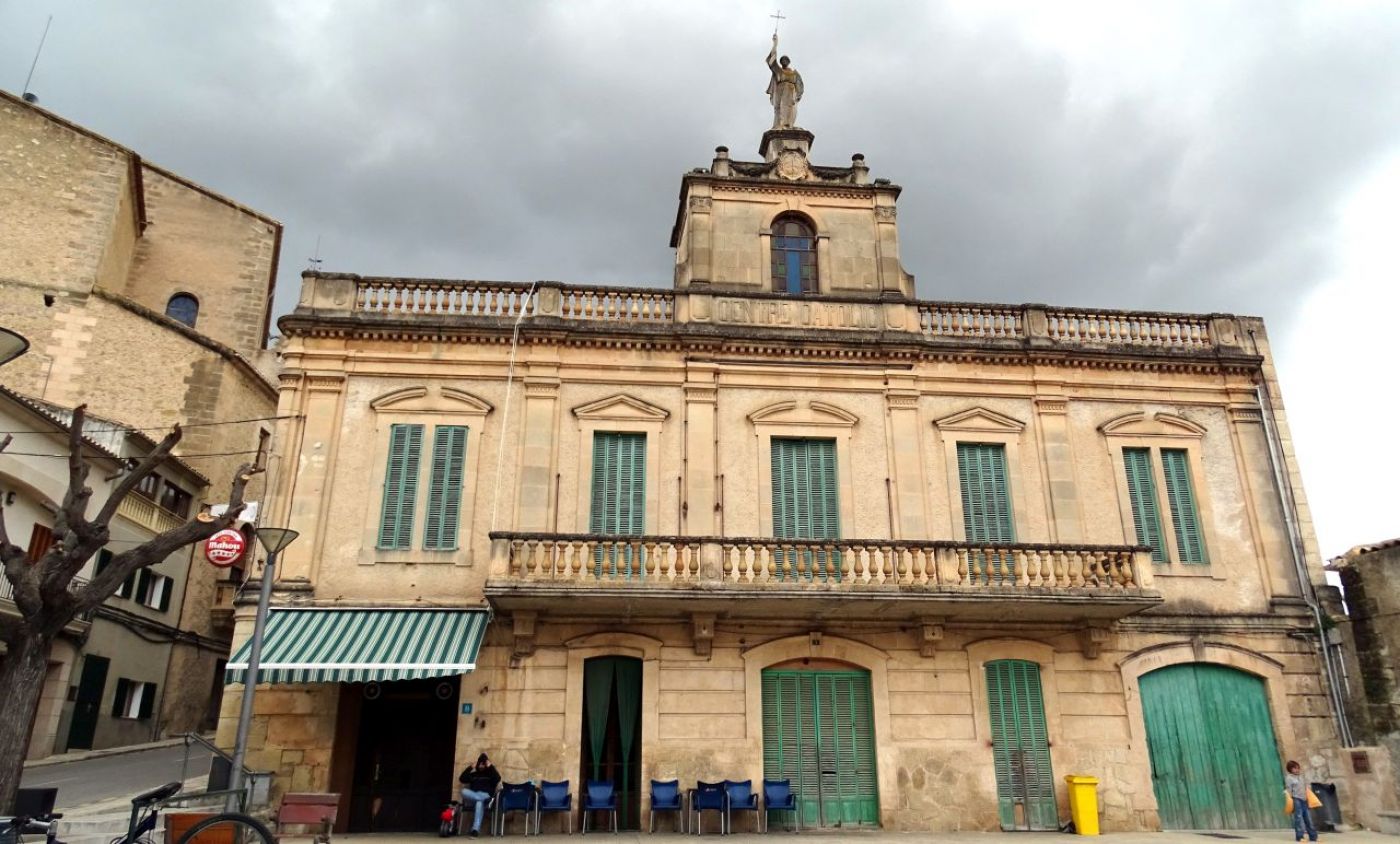